Here’s a quick update on the PC release.

The Xbox version of Deadburg really had two animation systems in place.  One for the zombies and one for the Avatars.  This was due to how the animations were handled by XNA.  The result is that both were brought to a level that was “ok” but not great.  However since Avatar’s are Xbox only, they won’t be present in the PC version, which means all animations will be working on the same system/data.

The upside is now I can focus on improving the animation system and have those improvements apply to everything in the game.  A good chunk of this month was working on adding features to the animation system.  Some didn’t work out (Like mirroring animations), but others did (Like inverse kinematics and improved animation blending).  It’s still not ready for prime time, so the benefits of these changes are something you’ll see later on.

UI systems are one of the more annoying things to deal with on the coding side of things.  In the Xbox 360 version I basically did stuff at a very low level, drawing individual pieces of the UI.  It worked well enough to get that version out the door, but it’s not particularly when making changes.  That’s part of the reason the UI in Deadburg is somewhat basic/no frills.

That wouldn’t cut it for the PC version, since we already need to rework the UI for mouse + keyboard.  So I’ve been adapting a system I built for another game to use in Deadburg.  This includes some nice features that makes changing/editing the UI a lot easier, and allows me to rip out a bunch of boiler plate code.  In short it should make the UI a lot faster to create, easier to change and ideally reduce the bugs in it.  It also means I can implement features that will add some flair/polish to the UI.

Here’s another teaser shot of some of the new stuff coming. 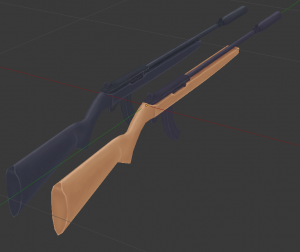