We’re getting close to the private test.  Here’s the big things I worked on this month.  Take a look at the end of the post for some information on when the private test will start.

So in my last post I mentioned some issues I was having getting the animations necessary for testing.  Since then Mixamo has been fixed and I’m now working on getting all of the animations working in game.  The process involves getting animations for all of the primary actions, which are generally movement.  And then animations for secondary actions, like holding objects or using them.  Then we combine those animations in game to show the character.  Here’s an example of what that will look like.

So in this case we’re taking a walking animation and combining it with an animation of holding a rifle.   I’m also moving the head up and down, so I can give a better idea of where the player is looking.  It’s not a perfect solution, but it allows me to animate the characters better without needing to have separate animations for each combination of object and movement.  The included animations will be for test only.  In this case you can see the stock animation deforms the wrist of the model pretty bad.

There’s one item missing from the above gif, the actual items.  That’s generally the final step in getting a working animation into the game, making sure all of items position themselves appropriately.  I’ve got a separate application I use to fine tune the position of the items on the character, which I’m doing as I bring in the new animtions. 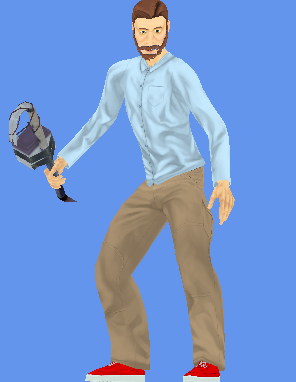 Last month I showed the crash reporting system, but not every issue in the game will cause a crash.  I’ve added a bug reporting system in game to cover the other types of issues.  Simply press B+U+G at the same time to bring it up.  You can then give a short description of the bug and a screenshot will be sent along with it.  You can also just send feedback if you think something should be improved or changed. 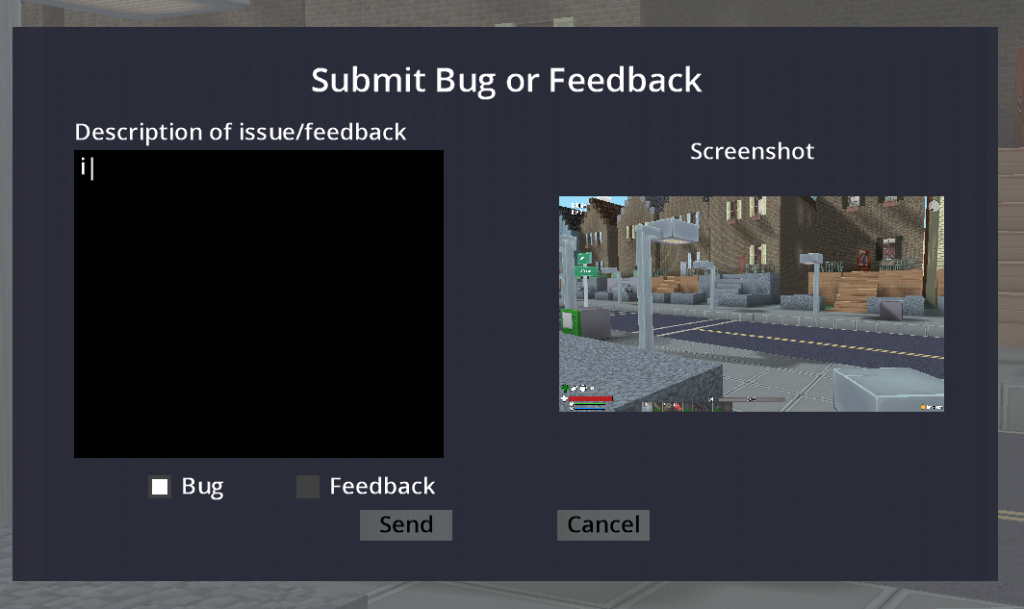 So I can now announce that the beta test will start on 10/31!  In order to participate you’ll need to join the following Steam Group.  All members of the group will be given a key they can use to install the game.  All you need is a Windows PC and a Steam account.